So why does this currency hysterize States and public debate? If you keep hearing about bitcoins without daring to admit in public your total ignorance of the subject, this book is for you.

Having probably signed his famous nine-page article under an assumed name, Satoshi Nakamoto will remain an unknown genius. At the end of 2008, he invented Bitcoin, a digital currency independent of all banks. Two years later, two pizzas are traded in the United States for 10,000 btc. In 2022, the same sum is worth millions of dollars! What happened ? 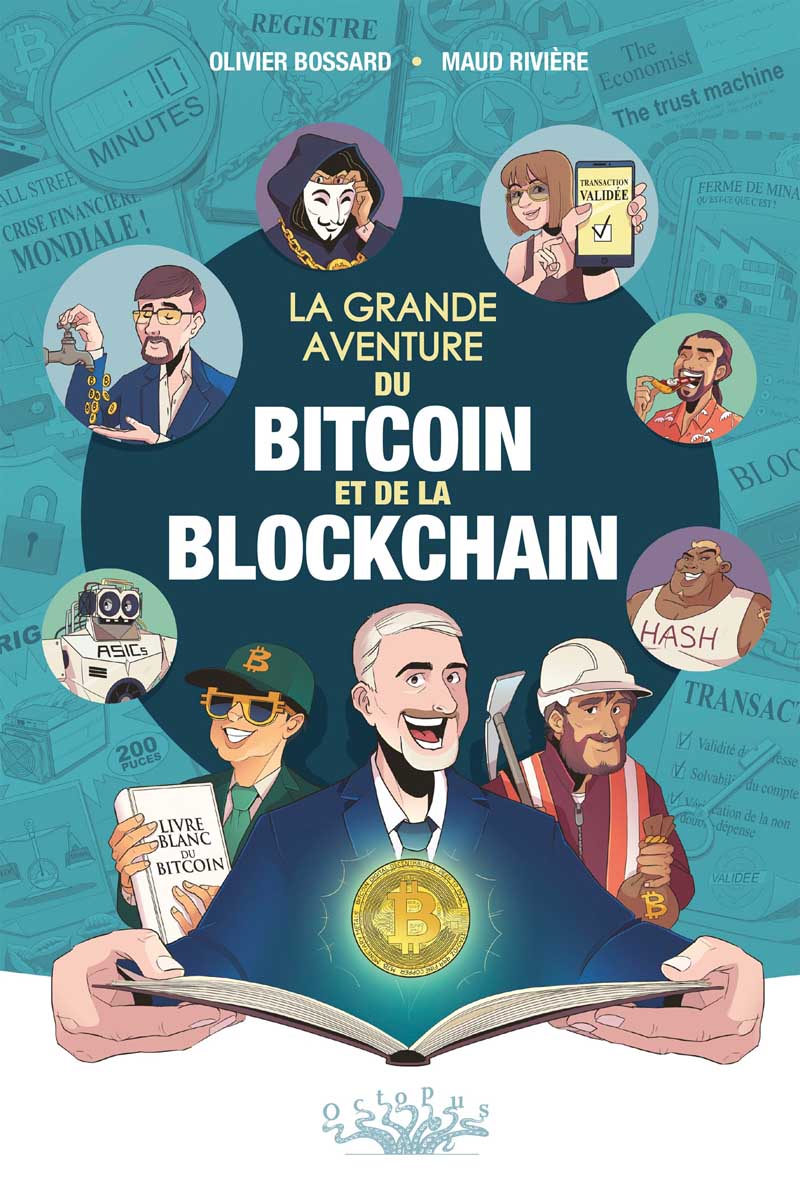 Although professor of Finance at HEC Paris – the mysterious holy of holies of Parisian high finance – Olivier Bossard became known to the general public by popularizing his subject. He created his own Youtube channel and signed, after his Introduction to Finance with Wide Winchhis second comic.

In just 72 pages, he manages to make understandable the principles of cryptocurrency, a strange currency created by hackers for the attention of libertarian cypherpunks. However, its crazy growth has won it the favor of speculators and savers attracted by an easy gain. His recent fall has shattered some wild hopes.

The book is made up of short chapters of one or two pages, where the professor Bossard takes the stage explaining a concept. His argument is based on the precise drawing of Maud Riviere which manages, in a few cases, to simplify complex notions. Avoiding a professorial tone, his characters are often funny and their perplexity comes to the aid of our own questions.

Let’s admit, that if the first half is interesting, the second part is to be reserved for the professor’s students, the themes addressed are too specific for neophytes. Curiously, the most interesting is yet to come. If the author announces the near end of Bitcoin, struck by the rapid obsolescence of his initial algorithm, which consumes too much energy, you have been warned, he concludes on the inevitable rise of his successors. Only difficulty, but it is not small, crypto-currencies multiply. It’s up to you to choose the right one, the one that will win the day!

PS Allergic to any form of speculation, I invest in comics.

The Great Adventure of Bitcoin and Blockchain — Excerpt: